A Guy Walks Into a Grocery Store... 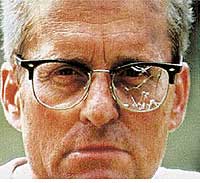 it's Sunday evening and Trader Joe's is to the rafters with people. Even the express line has about 12 people or less in line. I turn to my wife and ask, "is it worth it?" She replies something, I can't remember, she claims I don't pay attention to her, the basic gist was we're getting what we came for. No worries. We continue on. So we grab a basket, get a few items, I snatch up some sample coffee, and get in the "express" line. My wife is periodically dropping a few items here and there in the basket while I "express" through at a snails pace.

Now bare in mind I'm already in line but my wife is shopping. We only plan only on getting 12 or less items. A reasonable person would deduce that us adding items doesn't add to the wait since we're already in line and we're not stacking Costco sized shit but more like macadamia nuts and seltzer. Actually neither of these items but you get the drift. The line is long and slow regardless. You would figure someone would factor this in before:

a - making a spectacle of themself

in Trader Joe's Emeryville of all places

Let's digress to help this narrative (are you still with me?)...

After I got in line another gentlemen followed. He was pretty hungry based upon his scarfing down packaged sushi while waiting. I'm not paying attention to this dude whatsover. Instead I was marvelling at the Oatmeal display and how "this one" supposedly has 8 grams of protein. I'm not pondering world peace or hydrogen engines...just trying to mash-up-out, get-home, and finish unpacking (we moved to "Oakland"...but it feels like Berkeley).

So my wife has finished her run-while-I-wait, we have maybe 7 items. I say "babe you wait here, I think there's one more thing I wanted," when SUDDENLY the sushi eating cat gets real loud. When I say real..followed by...loud, please understand I'm Punjabi. We speak loud on General Principal, I think this all comes from several factors:

- Our folks living/working on fields and having to communicate across large areas
- The homes in India are made of brick so you have to put some UMPH in your voice
- Every Punjabi thinks they can sing and does so loudly at parties, in the shower, in the car, in the yard, in the kitchen...there's a pattern here...

this is my loose theory, i could be way off, i don't care...

Back to the skinny...

This dude got RIL LOUD and HUFFY instantly [just add water]. He says something to the effect of "which one of you is shopping" and "do you think you and your girlfriend can just switch off like that." I was caught a bit off guard but man'd up real quick, answering his questions in order, "we're both shopping and yes we can switch." He apparently wasn't feeling my responses, so he says "that's it, I'm getting ahead of both of you," and he the steps in front of my wife. The red lightbulb above my head went off - OH REALLY MAPHUCKA? -

So now i'm puffed up, I look dude squarely in the eyes and bark "BACK UP." He looks a little shook, so I say it one more time to let him know the town is in here. "BACK UP." The whole store goes silent. There's at least 120 people in the spot. You could hear the bulbs buzzing overhead.

So he says, [say in the Eddie Murphy white guy voice]"that gangster line won't work on me, last time I checked I'm half black, you two look Indian to me." I reply, "this has nothing to do with being black, it has everything to do with being polite." The store is still silent, this cat has the nerve to tell me to "go get the manager," as he's backing up to his old spot. I'm in basketball court mode (arguing calls with dudes way taller than me) and holler "you go get the manager, you're the one with the problem." I'm super aggressive in my responses at this point. I feel like all the white people are scared at this point and are cursing themselves for buying property in this area [pure speculation]. He turns to the cashier for help and mumbles some shit but the cashier can't understand him, he repeats and the cashier says "I don't see anything wrong with what they're doing."

The store resumes it's activities. I'm still puffy and in punk-this-dude mode, so I say "if you have a problem with what we're doing you could have just talked to me, instead of getting all loud." In the best 180 since Common denounced yarn fits and Bush acknowledged Global Warming, he says "you're right, I'm sorry."

But I'm not done, but definitely back on some civilized dialouge, I said "if you really think we're abusing the system you could have just said something to me." Again he says, "you're right, I'm wrong, it's just that I've been here 30 minutes," trailing off...So in interest of not getting snipered in the parking lot, after he admitted being wrong, I said "I tell you what, you can have our spot," and I marched into the aisle to see if they had corn.

I could expand here how fools have died for less, or the rampant impatience in our culture, or how non violence is an effective tool when the threat of violence lies underneath but that's what the comments are for.

# posted by rawj : 5:34 PM
Comments:
ahaha, that's a great story. interestingly enough the Emeryville Trader Joes is the only Trader Joes I've ever been in.

Hey Roger this is me Harkaren ,
funny theories on why we talk so loud!

i can't believe you went this far back into my archives...

Oral History For Your Screen